It Takes a Community to Save an Ecosystem

BRIDGEPORT, CA., Oct. 16, 2017 – Humboldt-Toiyabe National Forest employees and over 20 volunteers gathered at Sweetwater Flat on the Bridgeport Ranger District to remove pinyon pine and juniper seedlings and small trees from important Bi-State sage-grouse breeding and nesting habitat. Volunteers were from the Sierra Club, Audubon Society, Eastern Sierra Interpretive Association, Eastern Sierra Land Trust, and surrounding communities. The Bridgeport Ranger District’s wilderness and trail crew were also on hand.  “We worked in a unit that had been treated around 10 years ago, and it was a good time to go back to remove new conifer growth,” said Monique Nelson, Sage-Grouse Coordinator for the Humboldt-Toiyabe National Forest. “Pinyon and juniper grow above the low sagebrush providing perches for predators like ravens and hawks that watch for sage-grouse moving in the sagebrush. Sage-grouse nestlings and eggs are particularly vulnerable to these predators.”

“This project provided a great opportunity for a diverse group of people to come together and spend a day outside making a difference,” added Nelson. “There were people from Reno, Carson City, Gardnerville, Yerington, Bridgeport, Lee Vining, and elsewhere. There was a wonderful sense of community as we all pitched in together for a common purpose.”  The Bi-State sage-grouse is a distinct population segment of the greater sage-grouse. Most of its habitat is found in Douglas, Esmeralda, Lyon, and Mineral Counties in Nevada, and Alpine, Inyo, and Mono Counties in California. About 426,000 acres of the bird's sagebrush habitat is found on lands managed by the U.S. Forest Service, with another 280,000 acres of habitat managed by the Bureau of Land Management.  “This project was part of a greater effort to preserve sage-grouse populations and prioritize conservation efforts across the Bi-State sage-grouse range,” said Nelson. “The Forest is a member of the Bi-State Local Area Working Group (LAWG) that was established in 2002 and provides consistency in Bi-State sage-grouse management across jurisdictions.”

The LAWG provides an open forum for all interested parties to engage in Bi-State sage-grouse conservation and management. Participants include federal, state, and local governments; Native American tribes; non-profit organizations; ranchers and landowners; among others.

In 2015, the U.S. Fish and Wildlife Service found that the Bi-State sage-grouse was not warranted for listing under the Endangered Species Act, in large part due to the conservation efforts of the Bi-State Local Area Working Group and the Bi-State Action Plan.  “Proactive conservation efforts like this help to keep Bi-State sage-grouse off of the Endangered Species List,” said Susanna Danner, Land Conservation Program Director for Eastern Sierra Land Trust.  “The sagebrush system is a place for both people and wildlife,” added Danner. “Restoring habitat for sage-grouse helps us learn about our shared public lands and the wildlife that depends on them. When people are connected to the land it is good for communities, and good for habitat. Ranchers, hunters, and birdwatchers all can embrace the concept of a healthy sage ecosystem.”

To learn more about the Bi-State sage-grouse and the Local Area Working Group, go to www.bistatesagegrouse.com.

The Humboldt-Toiyabe's spectacular 6.3 million acres make it the largest national forest in the lower 48 states. Located in Nevada and a small portion of eastern California, the Forest offers year-round recreation of all types. 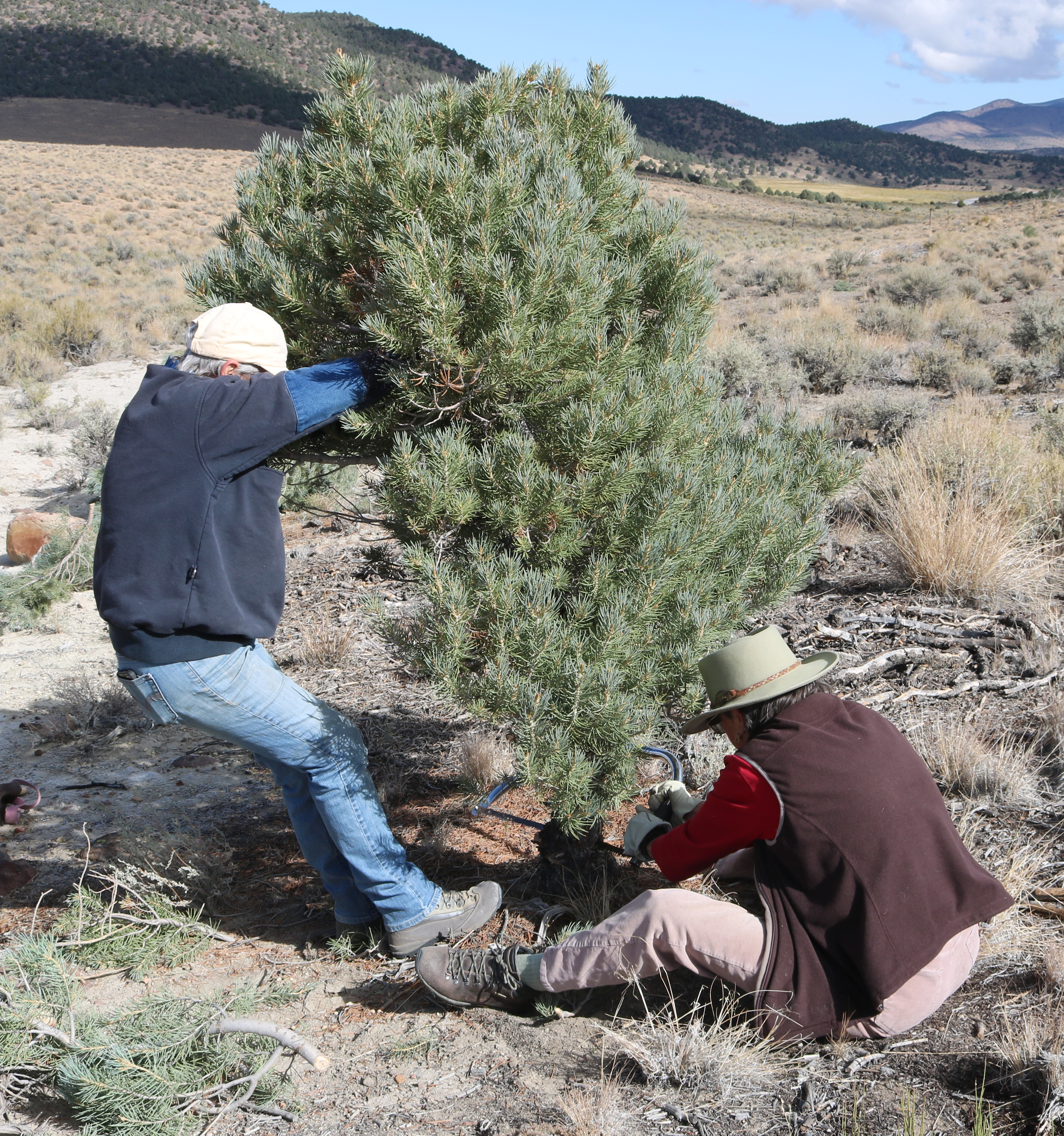